A talk with an expert in putting questions 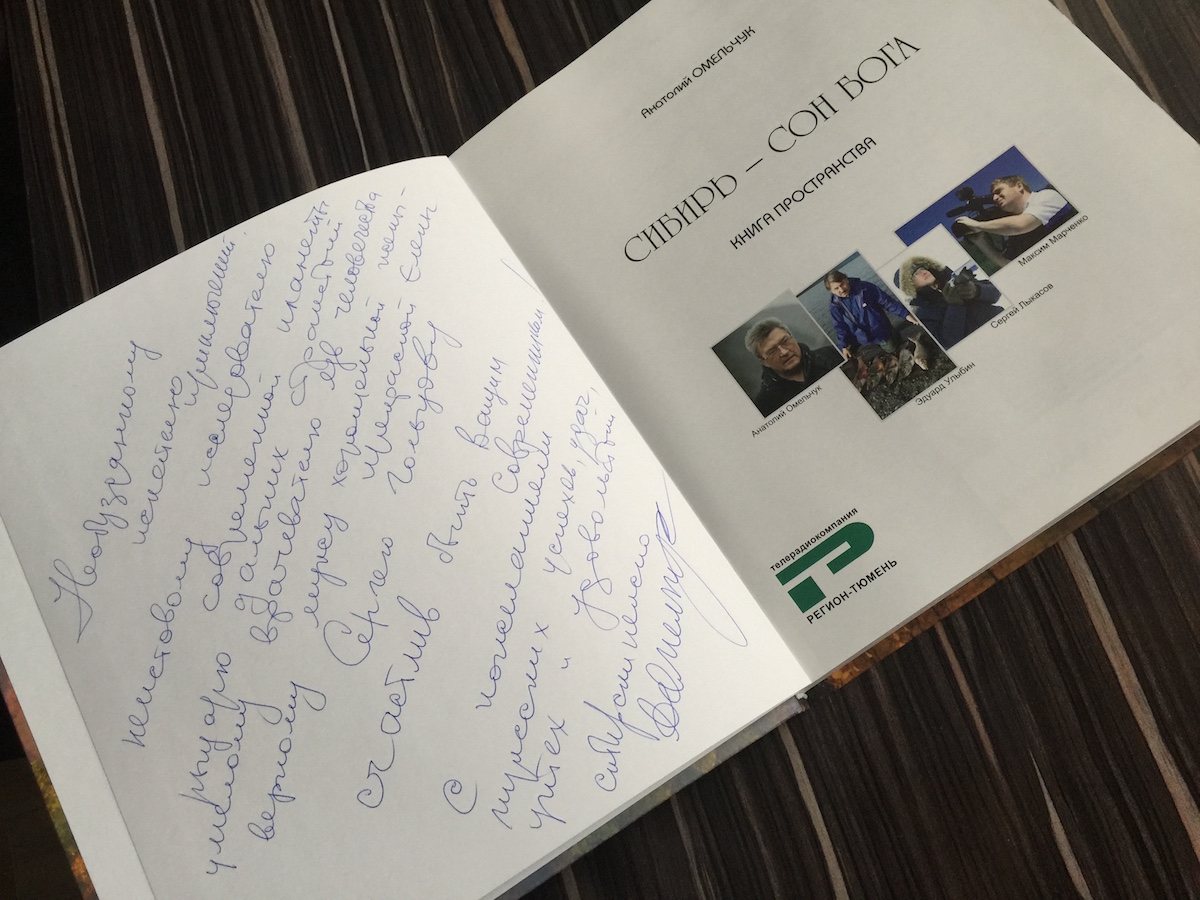 The autograph on the book reads as follows: To a passionate adventurer, a vehement researcher of the contemporary planet, the knight of travels, a skillful healer of human wounds, a faithful husband of the pretty wife, Elena the Fair – Sergey Goltsov.

Happy to be your contemporary!

Wishing you success, fortune, joy and delights of a man!

Did you happen to take part in the talk when you had so much to tell each other but the time and words available were not enough to tell everything you wanted? But you had a great number of topics to discuss. You want to talk about everything: travelling in India, visiting the happiest country in the world with its own Ministry of Happiness, science and eternal life including Kon-Tiki and Thor Heyerdahl’s travels which inspire people even so many years after. Generally, to talk about the world we are living in. The talk which actually lasts more than an hour, is perceived by the consciousness to have passed in five minutes and is recorded as a thirty-minute talk. And it is extremely insufficient! It seems we scarcely told each other half of what we had desired to tell. Nevertheless, I visited the famous Tyumen journalist and writer Anatoliy Konstantinovich Omelchuk in his own program “Persona”. At parting I was given a book and I realized for the future: this is how one should speak, by means of a written word. The meeting came to an end and we may be able to meet again only in April when I’m back to Tyumen. As to the book, I’ll keep it to myself and will continue talking to a good person even on the raft in the Pacific ocean.