I want to take a breath – we have done it! The expedition Live Parallel 2013 – Papua New Guinea where we walked many kilometers through the jungle, spent tens of kilometers inside the tarantas and hundreds of kilometers on board small planes flying on the same principle as a route-taxi, has come to an end without loss and above all with the result! But it could be otherwise… Well, let us not talk about sad things but about interesting ones, so… Jakarta was the first place to see.

As one of our team members said just at the very start of the expedition: “Our aim is… not clear!” Indeed, what have we forgotten in Papua? As before, during the previous expeditions to Africa every participant had his own interest. It was important for me to define the role of biological evolution in the diversity of the observed phenomena, namely in Papua under the indigenous and original conditions where the model of the primitive society had been preserved since the ancient times due to the tectonic fault of the plates. On the second largest island in the world, where there are no and have never been any animals, the Papuans have been living for more than a thousand years unaware of the clothes and other civilizations. The genuine environment of the Stone Age, the Papuans, their way of life, their culture and the evolution which has stopped: all these items have become the research objectives for me and my colleagues.

The matter is that the life forms having originated at the equator under the most favorable climate conditions for the formation of the species diversity spread to the south and to the north where they were influenced by the environment different from the ideal one thus adapting, gaining new properties and consequently developing in biological and social aspects. Such places as Papua New Guinea, where the life forms had no place to spread, are very few. You may take a dozen of flights and find yourself in one of these places where people still eat one another… 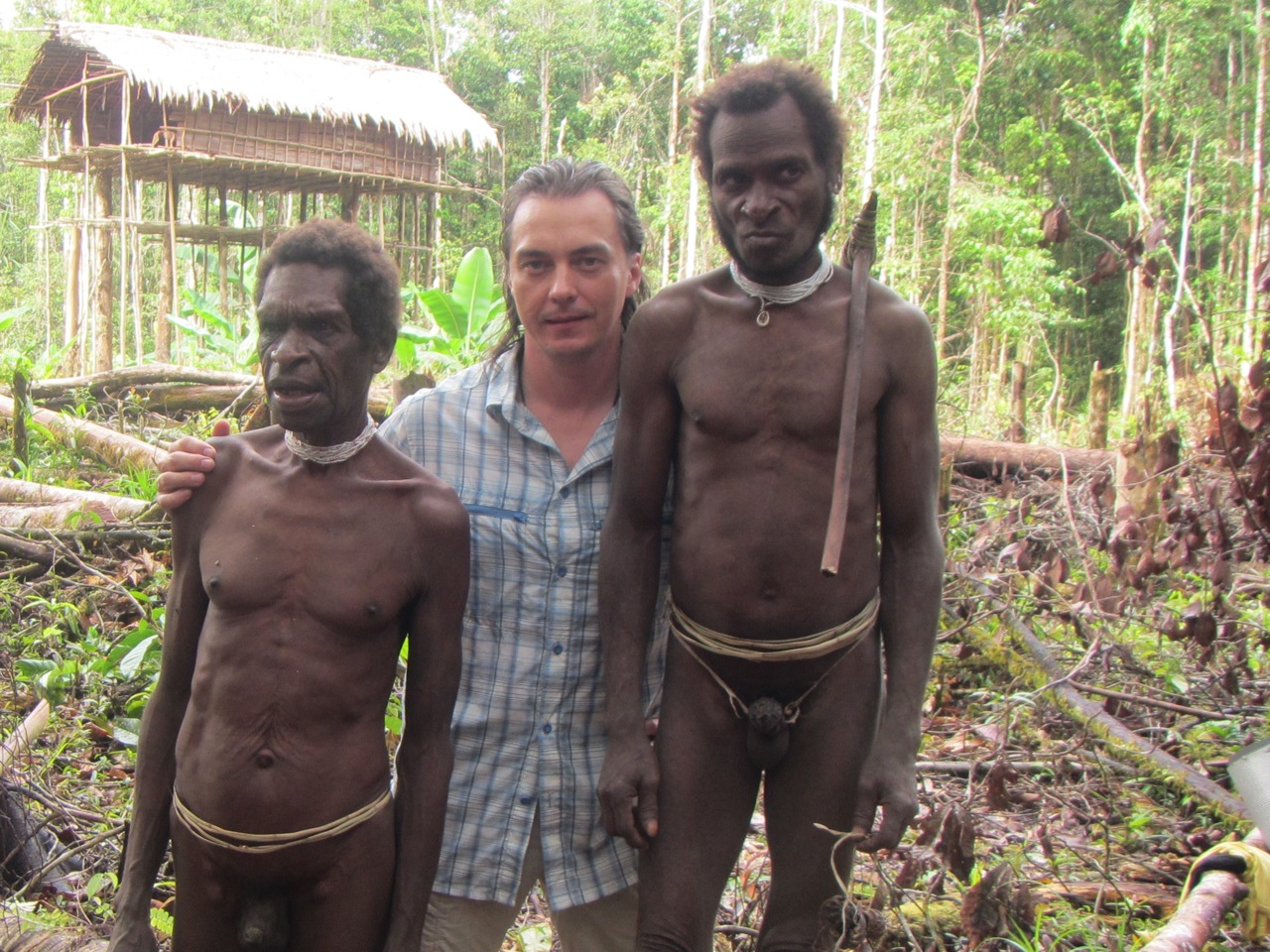 I’ll relate the facts as they actually happened. When you reach the island by plane you can see no signs of the civilized life – neither ploughed fields nor roads, power lines or rusty metal roofs of poor man’s houses. Nothing. Just the endless green jungle cover and winding yellow river channels. 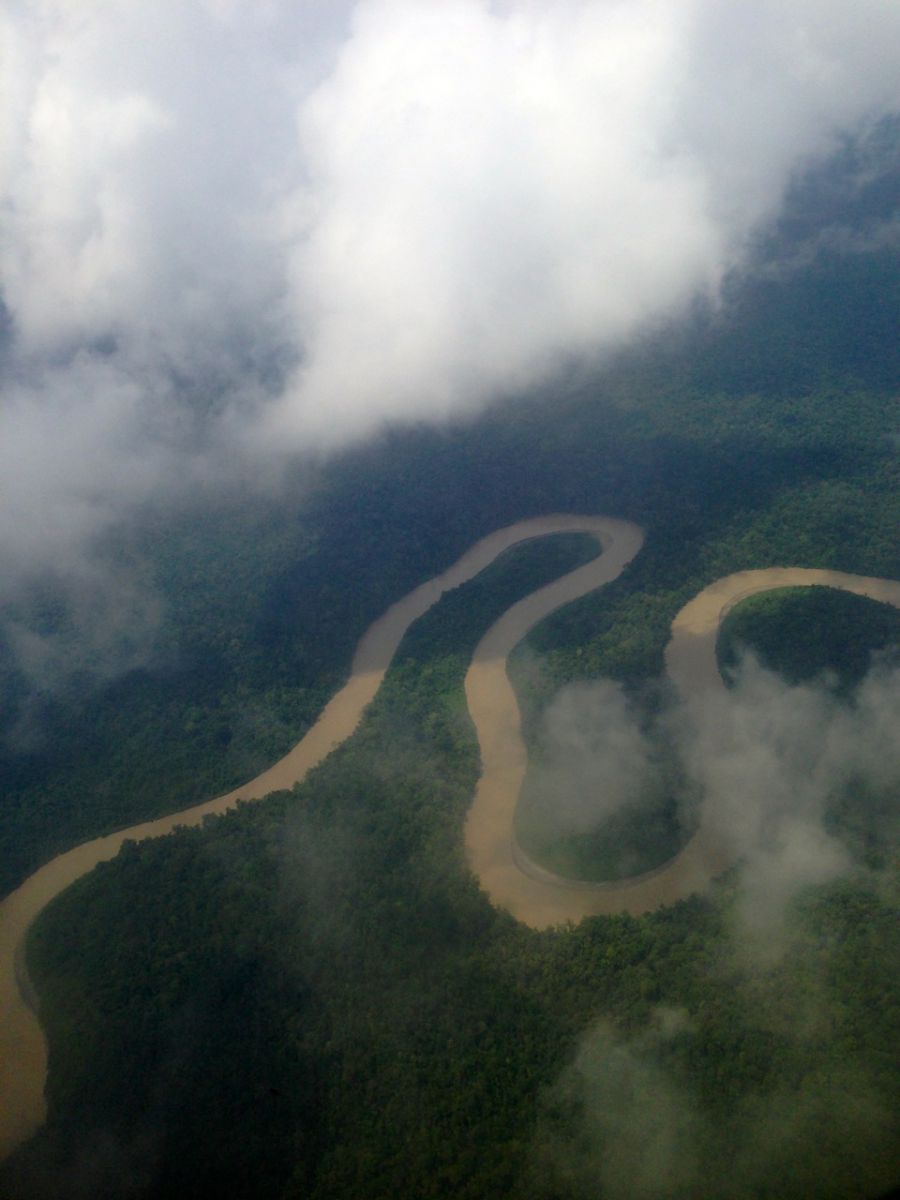 РLocated in the western part of the Pacific Ocean the island of Papua New Guinea is situated to the north of Australia. From the political standpoint the island is equally divided between Indonesia and Papua New Guinea. The things we are interested in are located in the north and in the south of the Indonesian part of the island where we are going to get through a number of towns and locations. In a few words about the most remarkable ones.

Jakarta is the capital of Indonesia which impresses by its dimensions, the number of inhabitants (10 million people) and the typical for the Asian countries scrap heaps lapped in greenery, trees growing through the asphalt and the smell of the sewage. 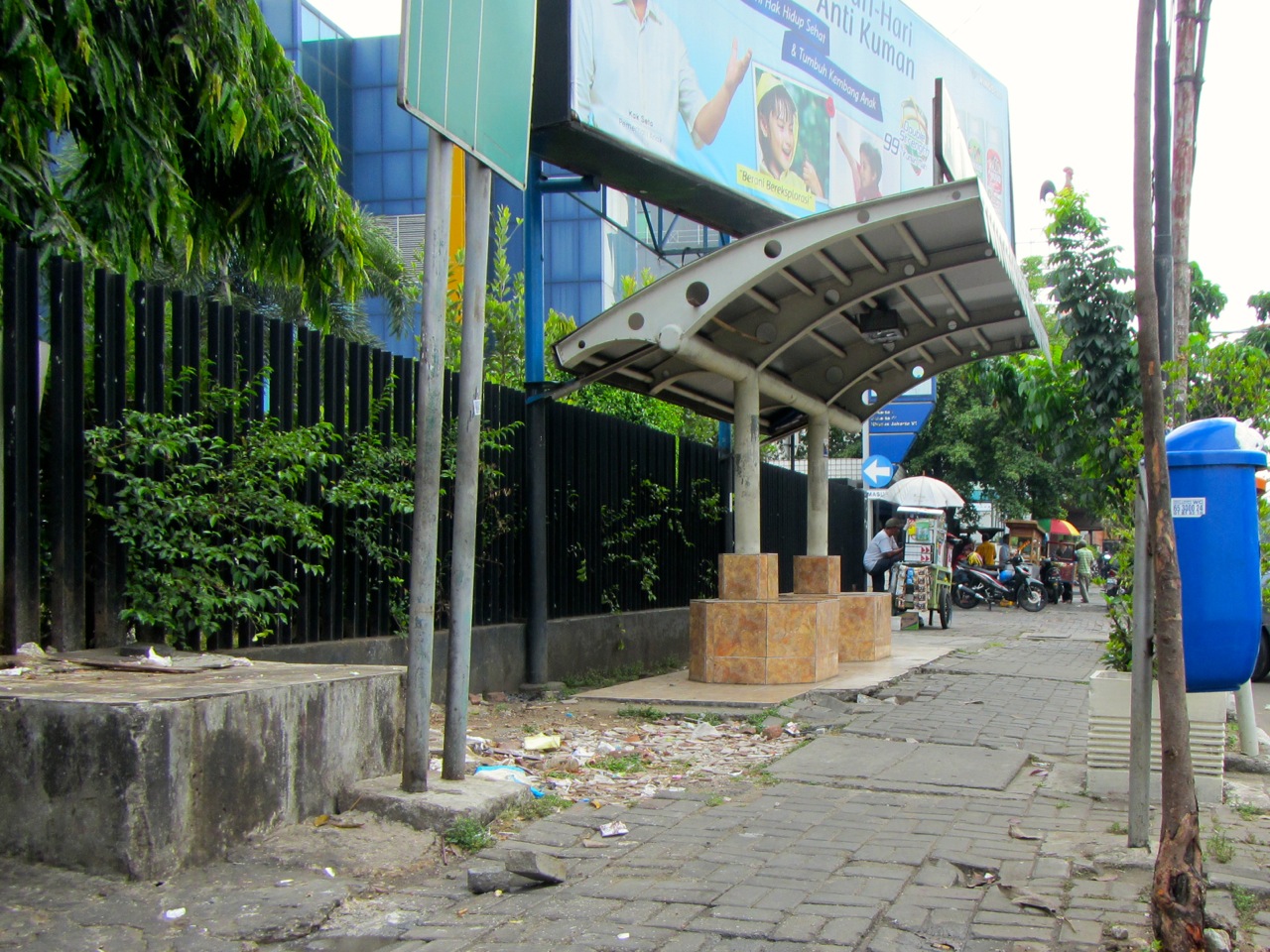 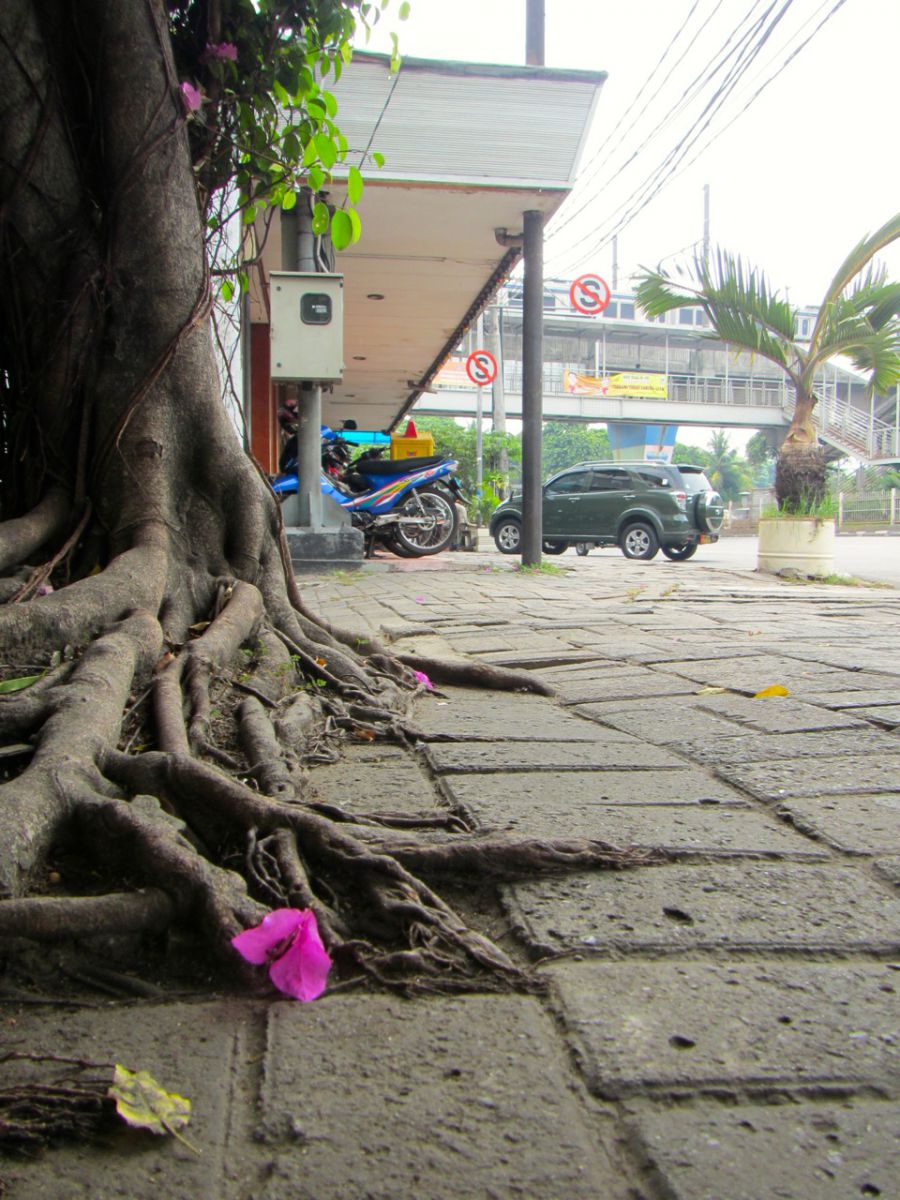 Jakarta is the capital of the largest Muslim country: in Indonesia there are 260 mln inhabitants! 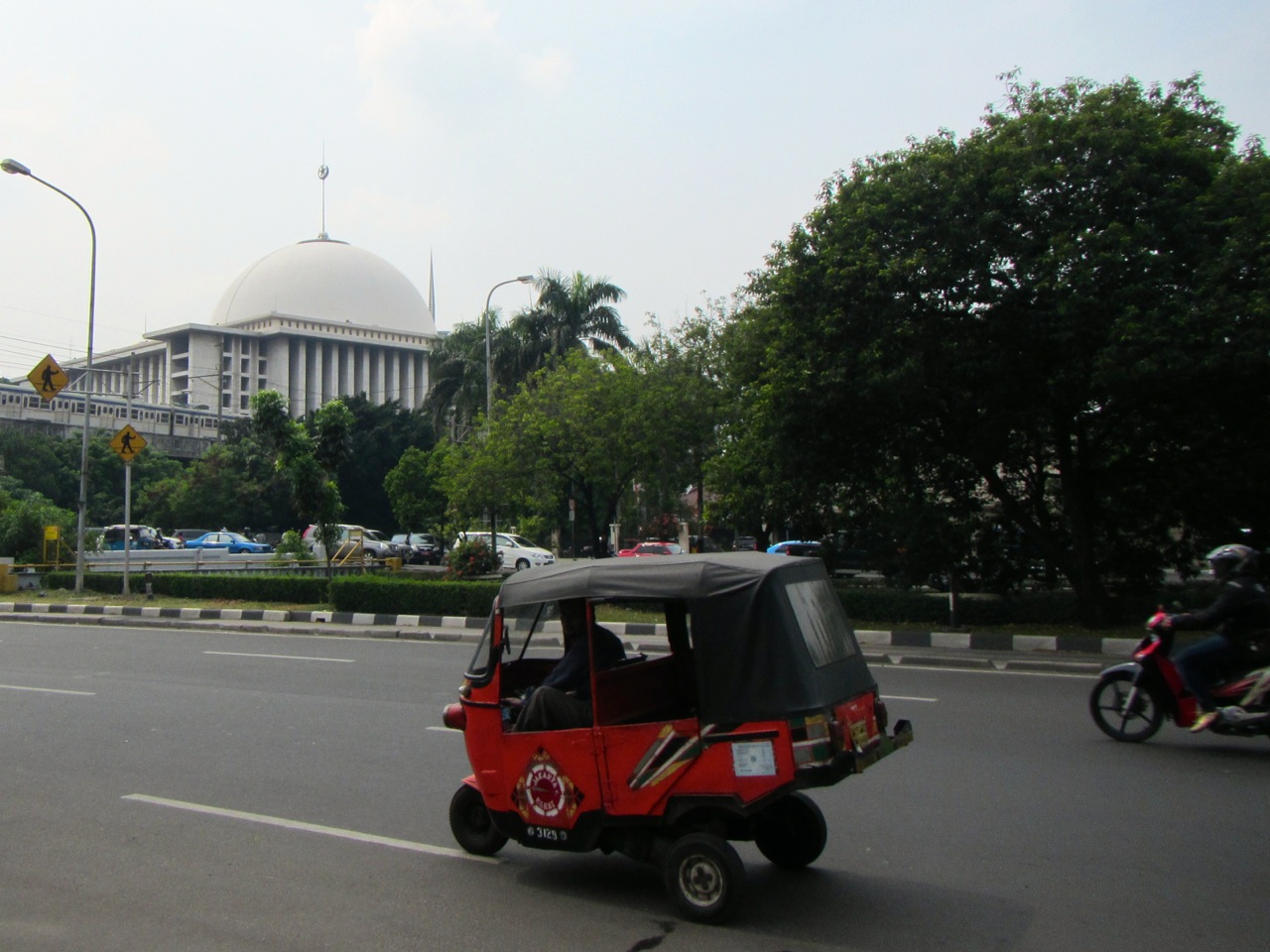 It should be noted that 2 thousand years ago there were states on the territory of Indonesia and nowadays we see the car traffic following the appreciation of the moment by all its participants instead of the rules and traffic lights. In my opinion this is no less than a new level of the social development, bio-evolutionary level, which implies intuitive relations between organisms and species! 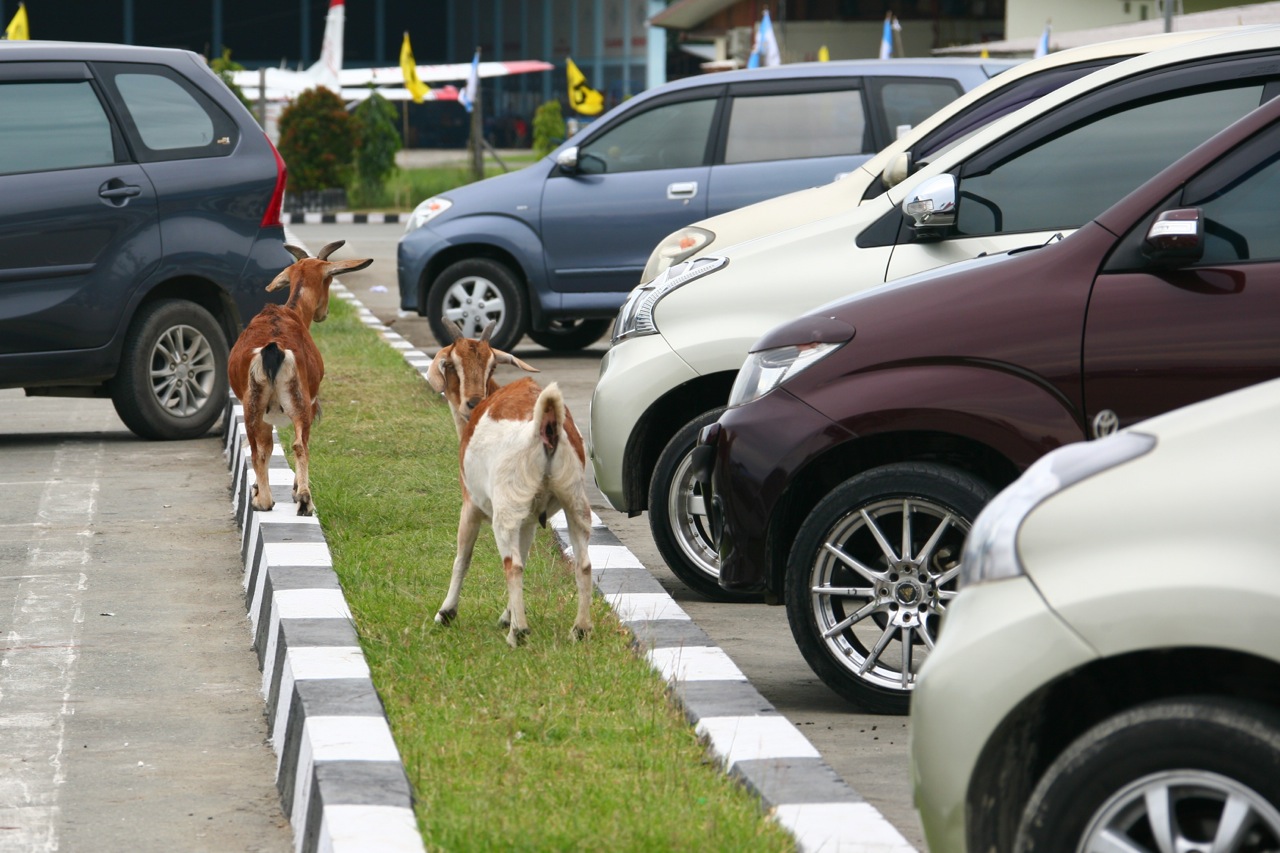 At first glance everything is quite typical – relationships, children, deep look, traffic jam, endless rebuilding of squares and flowers in stones… 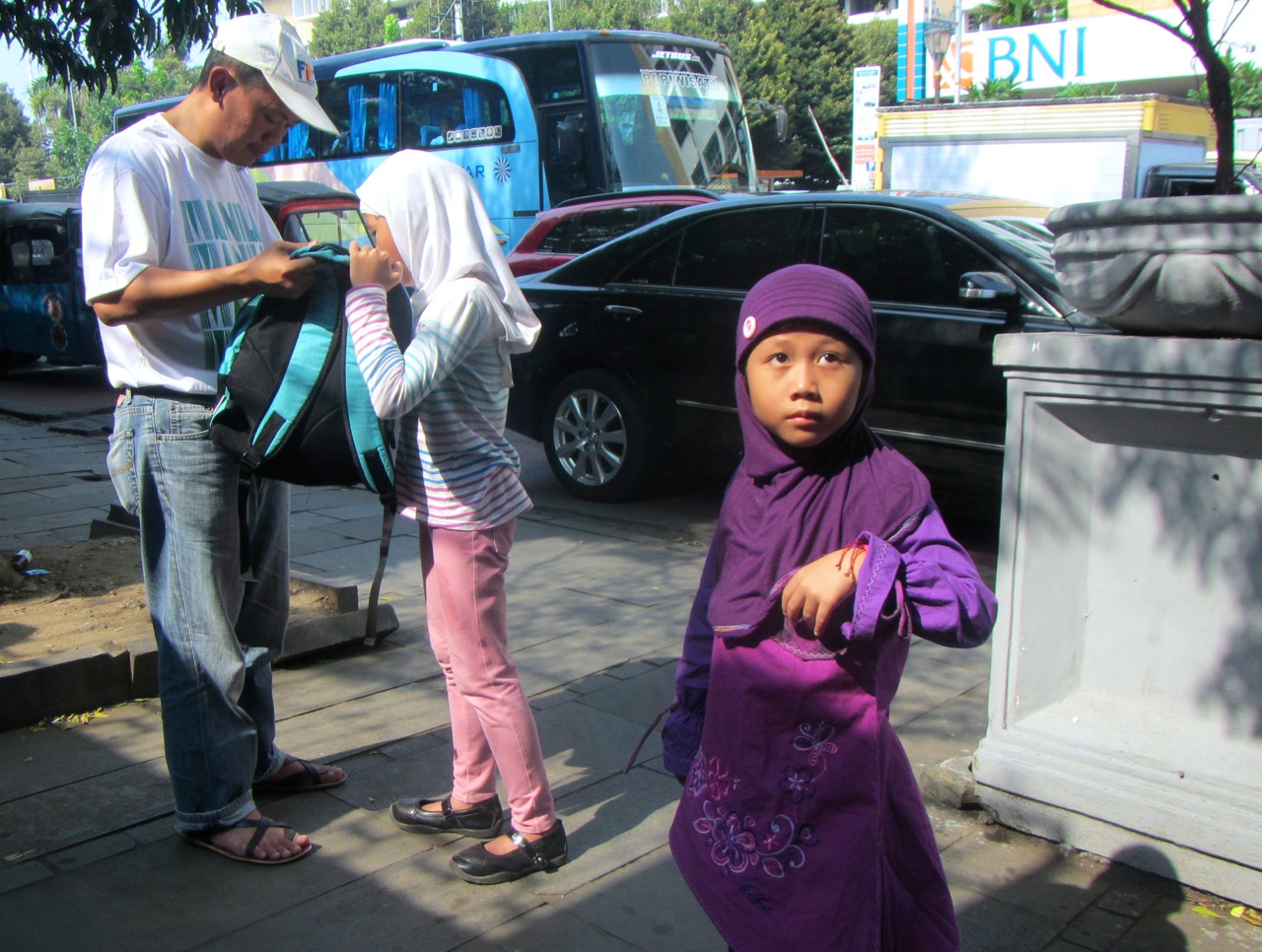 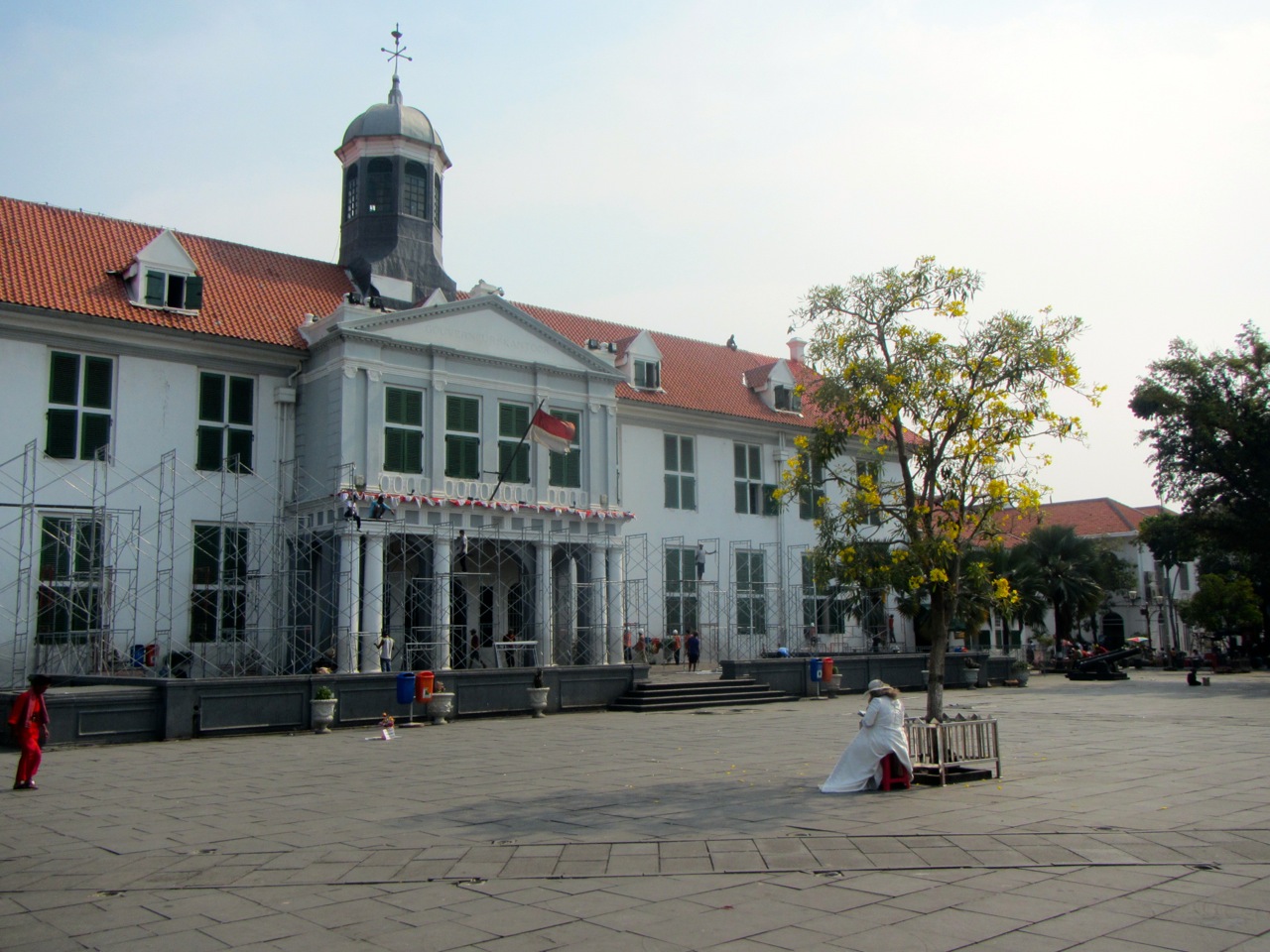 But along with the elements of a metropolitan city there are still people in the streets selling exotic fruit and various unnecessary things which are delivered to the market-place by no less exotic transport means and their quaint owners who seem to never hurry anywhere unlike us. 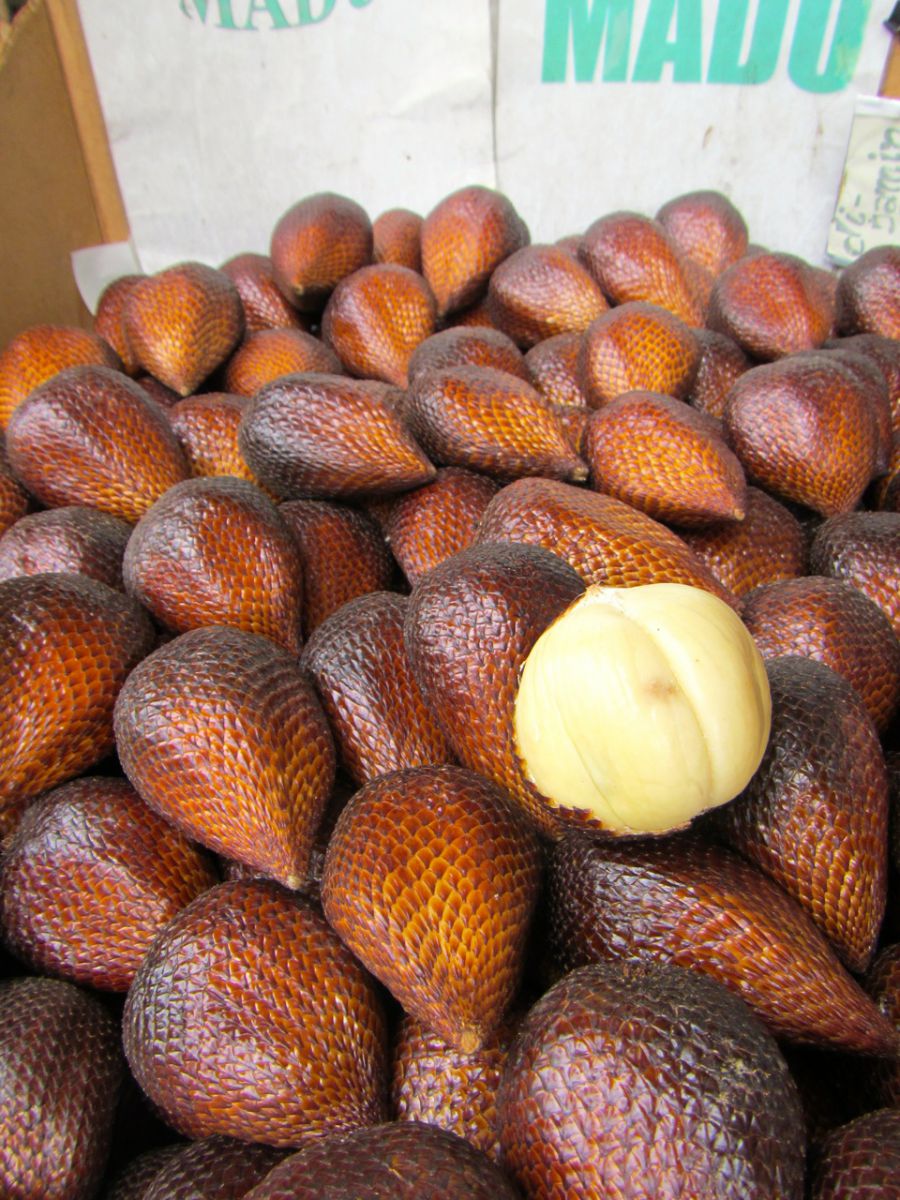 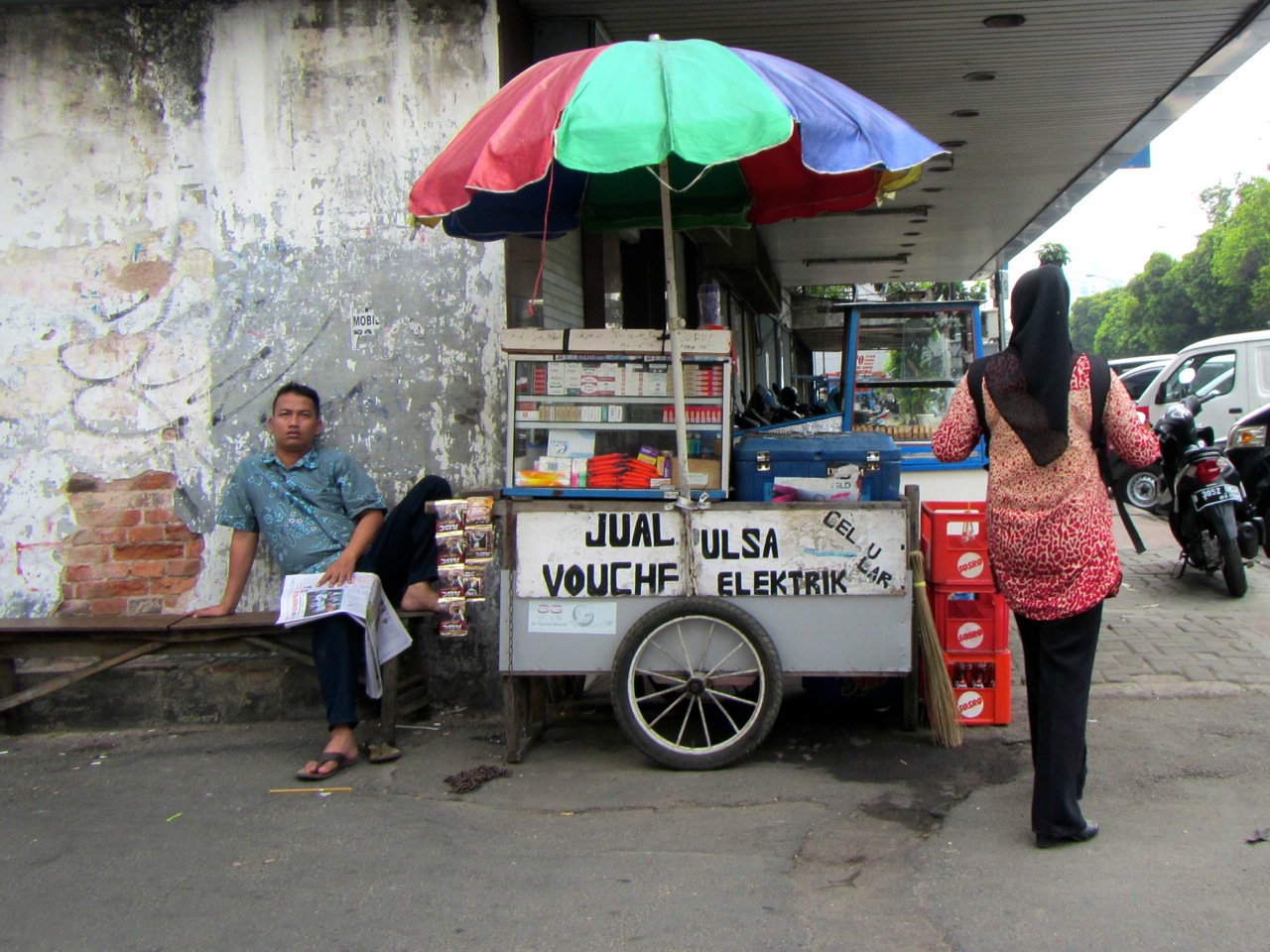 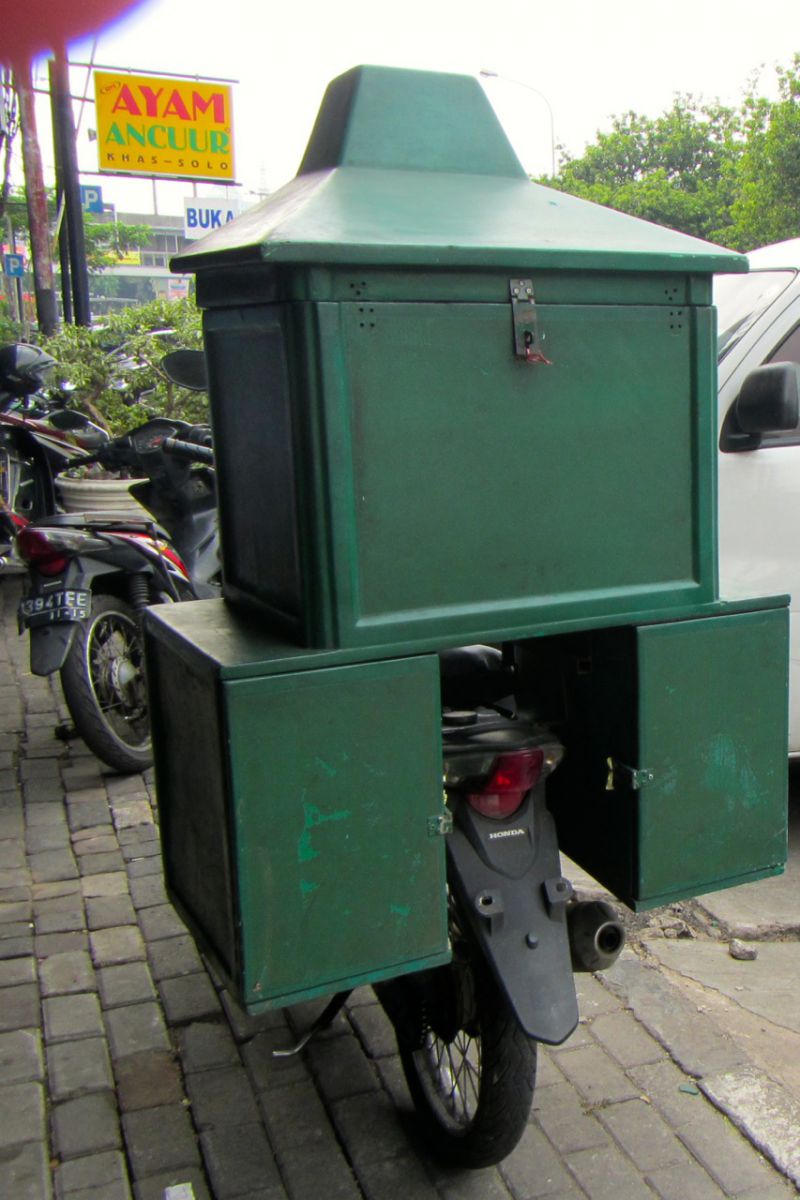 Oh, talking about transport I can’t but share the thought which has some to my mind once again – you can recognize every station with its smell and its peculiar atmosphere.

Though as in many Muslim countries there are carriages for women only, for men only and of a mixed type. Of course, we took the first one and aroused great interest but… just until the next station. The policeman politely pointed at our difference in the gender status and showed us to the carriage filled at least with a whole palette of male odour. :) The stairs leading out of the carriage were providently fixed just in the place where the women’s carriage stopped… 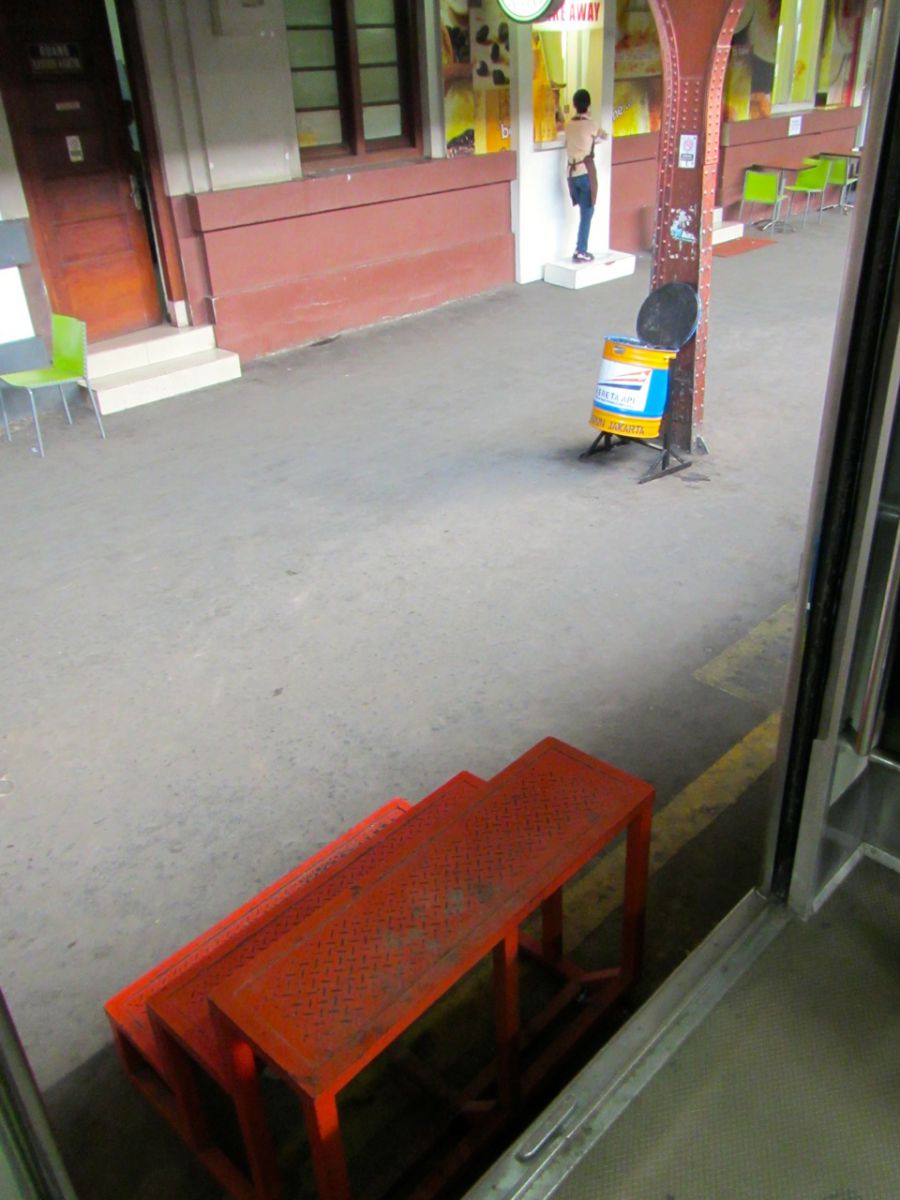 Leaving Jakarta I paid my attention to the mood of one man. And I wondered if he came from the place where we were going to?! 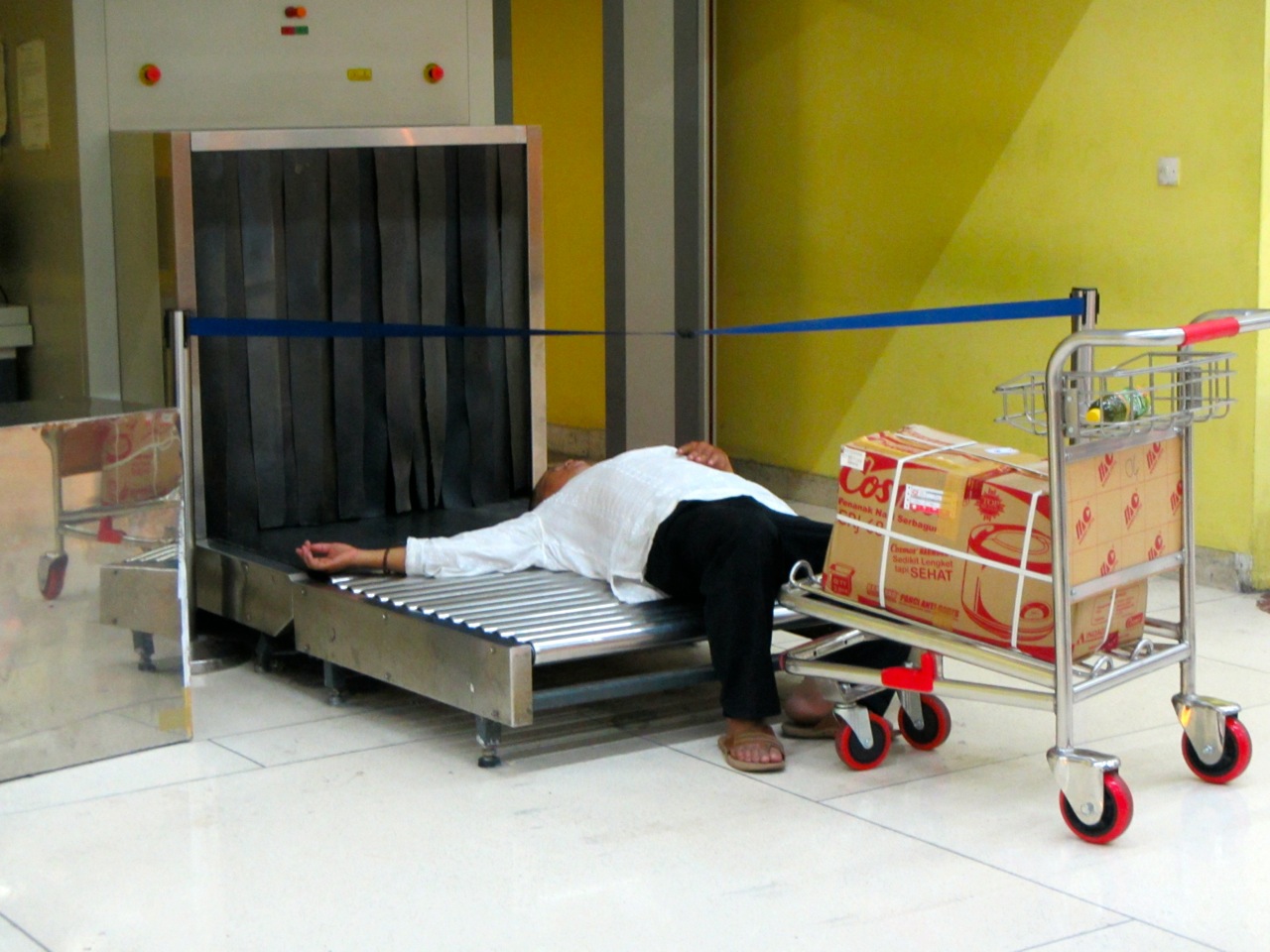 I’ll tell you about it later. 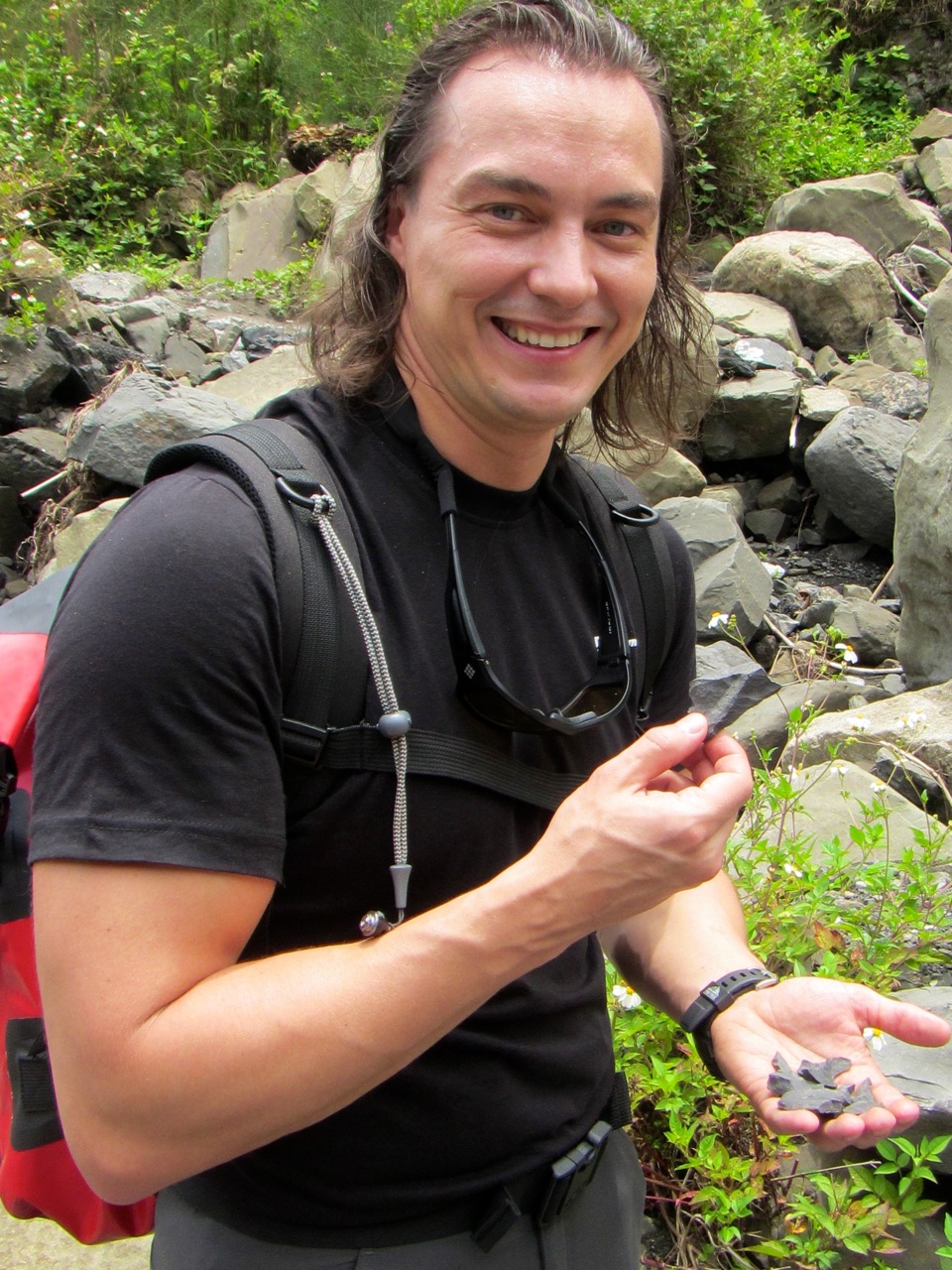 As usual, my friends, there are lots of photos, and no other way. :) I understand that you are waiting for them and I generously share them with you. You can see the photos here North of Papua and South of the island 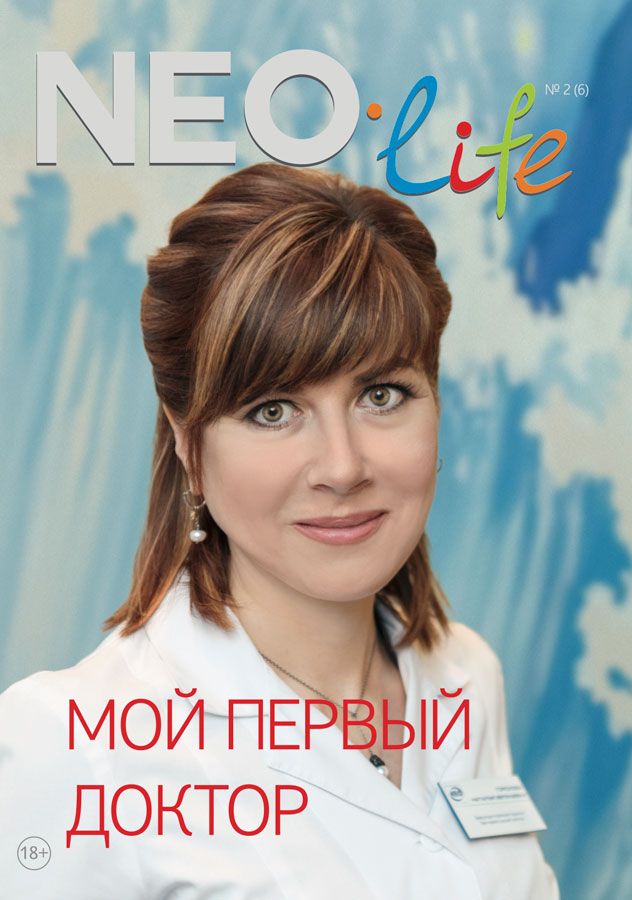 It appears that throughout all your life you keep looking for the fragrances you felt in your childhood, trying to renew them beside you to dip more often into the atmosphere which is so lovely to the majority of people. Childhood is the sweetest and happiest time of life. But what does a child remember when he is not well? This issue gives us the possibility to get acquainted with fairies and wizards who work hard the whole year round making little boys and girls healthy and happy. More... 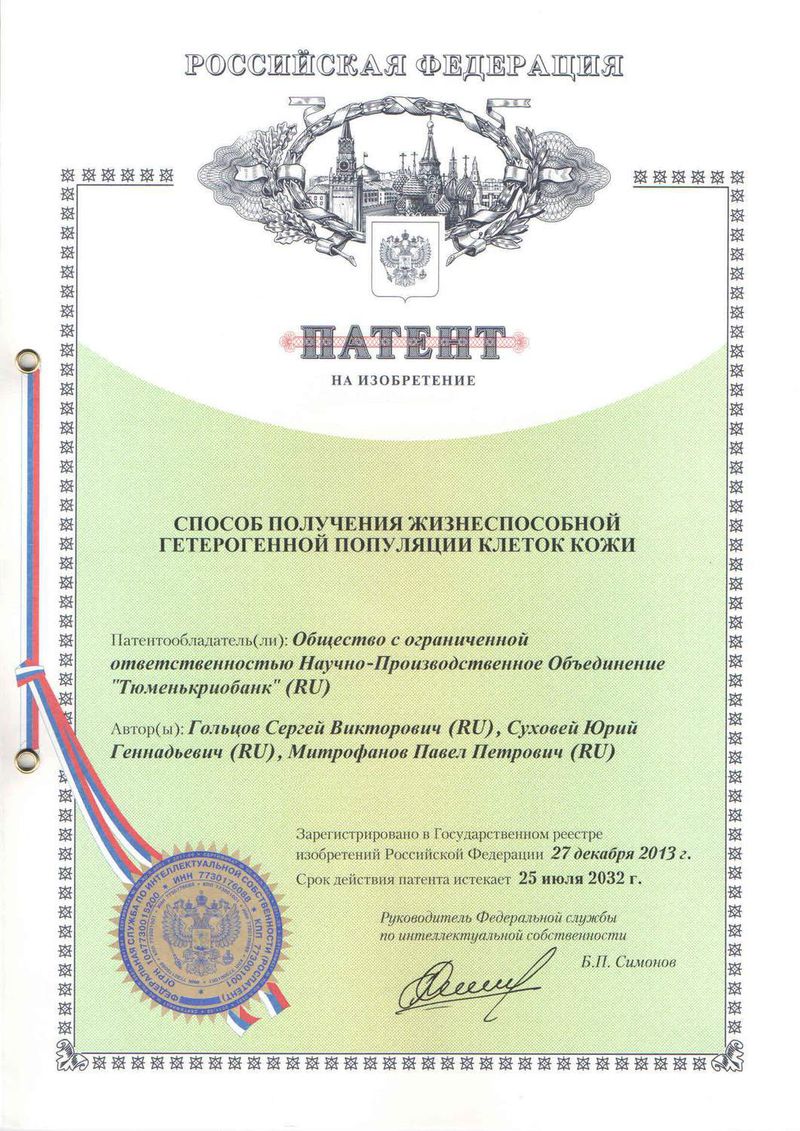 0
graphomania on the occasion
Forgive or Punish 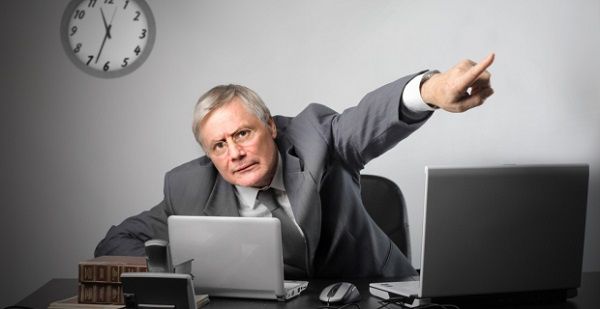 A good leader must combine several important qualities at once and perform many functions: competently manage the budget, be a mentor for subordinates and a friend to his clients, create a working atmosphere, set an example, solve problems, set tasks ... Simply put, to be the center of your business .

But there is one more duty that among others is usually not called: if the boss defaults, encourages and directs, he must also punish, and sometimes - severely. Of course, this is very few people enjoy, but it is - as an integral part of the leadership process, like the others.

About what misdemeanors of subordinates deserve indulgence, and which ones can not be forgiven in any case, and also what will be the most serious punishment for a doctor working in a medical institution, we talked with the "Aesthetic Guide". 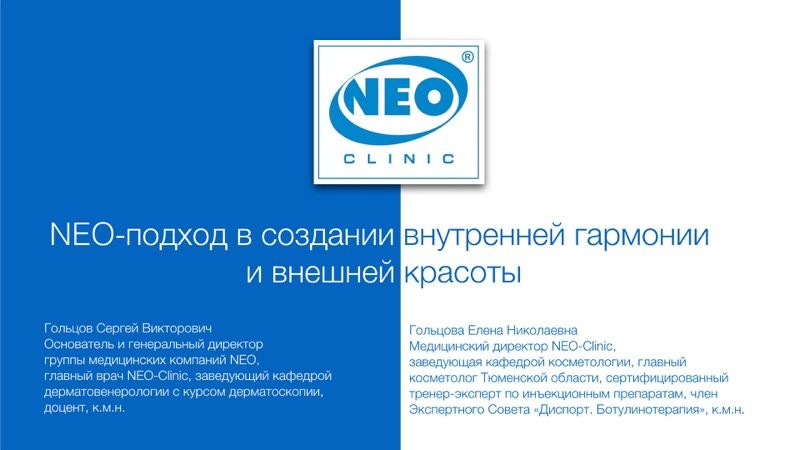 Dear friends, colleagues! “Parade of Clinics” has come to an end: the first All-Russian contest as part of IV National Congress “Plastic surgery, aesthetic medicine and cosmetology”. This premier contest involved famous clinics which meet the world’s highest standards and set the bar to the whole field of aesthetic medicine in Russia. It was a great honor to be invited to this contest: nomination of NEO-Clinic at “Parade of Clinics” was another mark of recognition of services of our doctors and staff members on the national level.

In the presentation, together with the medical doctor, Ph.D. in Medical Science, Goltsova Elena Nikolayevna, we would like to talk once again about making the dream come true: from working together as doctors who render dermatological and cosmetological medical treatment of high quality to establishing a unique multi-specialty clinic in the Tyumen region. Read more...