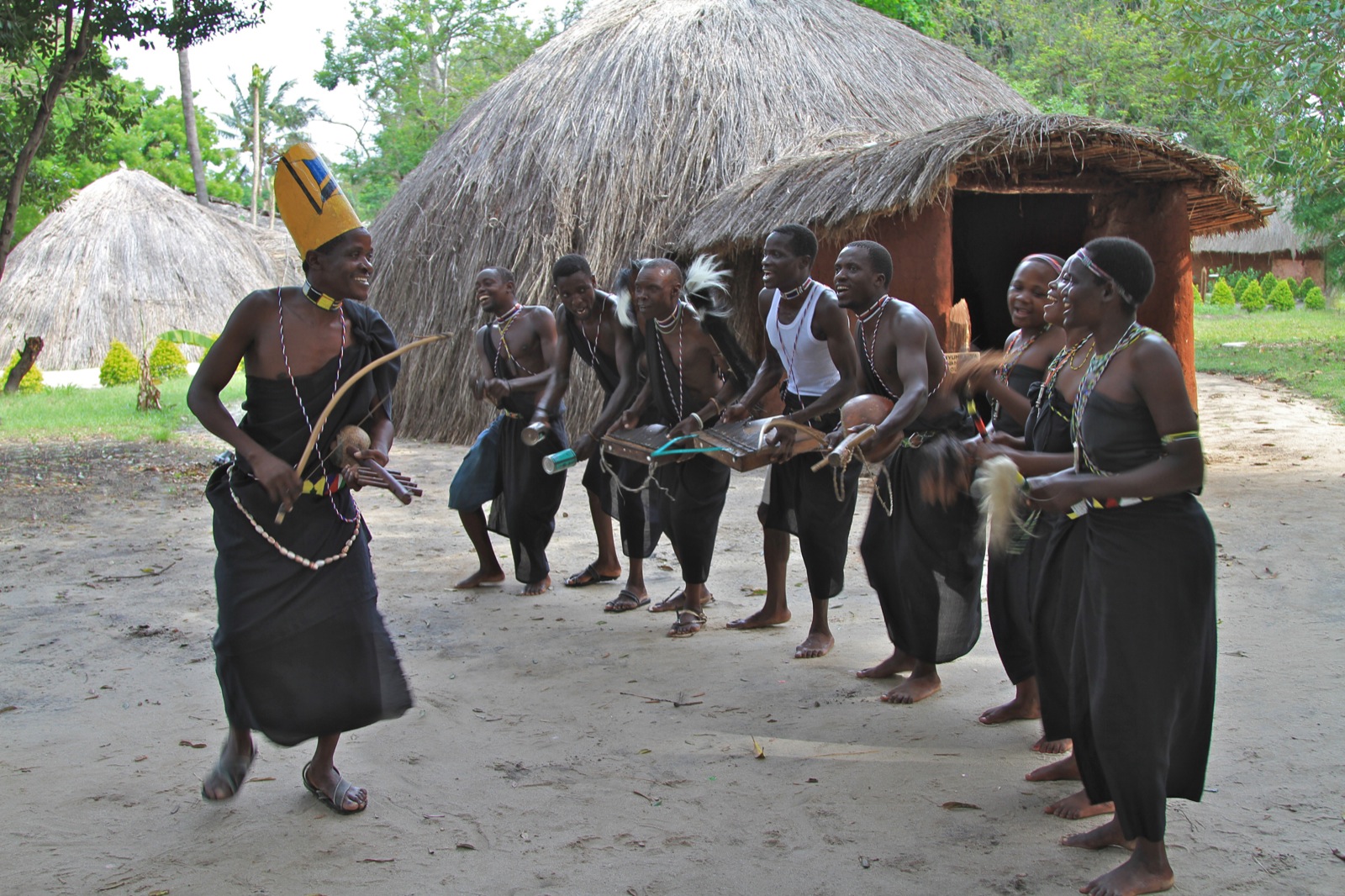 As a rule, Africa is primarily associated with the Sphinx, the pyramids, the Red Sea and Egypt. Very few people venture to go inside the continent which is considered cradle of the mankind. I have been lucky enough to visit South-East Africa from where I took a lot of experience, notes in the diary and Gbytes of photos. Realizing the fact that it is hard to tell you everything at once I’ll do my best to extend the pleasure of getting to know my “African baggage”.

It was an international ethnic research expedition. Dozens of locations, seven thousand kilometers per 25 days, living among the Masai tribe in Tanzania, meeting gorillas in the jungle of Rwanda and the leopard in savannah, ascending Mount Meru, the slaves of Zanzibar, yeah, a lot of experience and events which are hard to put in a few words. You must remember Alice saying: what’s the use of books if there are no pictures in them! It is better to see the pictures and in the proper order. Letusgetacquainted?

Thus the search for the living ethnic group, unaffected by civilization, as the basis for the formation of human relations, the answer to the origin of the collective, the point of view regarding primevalness and originality on the things which the contemporary society cannot do without – that is EVOLUTION, all these factors determined the expectations and evidently the name of the expedition – “Live Parallel”.

We were 11 members of the expedition, specialists in the field of evolution and social relations as well as heads of big personnel. For many of us it was not the first experience of immersing in some ethnic group, in the unique culture and relations of human beings unaware of anything foreign who doesn’t experience influence of other communities and information elements and who know this life free of globalization. But the original African ethnic group which can demonstrate the rates and the peculiarities of the human evolution and interaction with one another as well as with nature and other tribes, was the first for all the expedition participants. 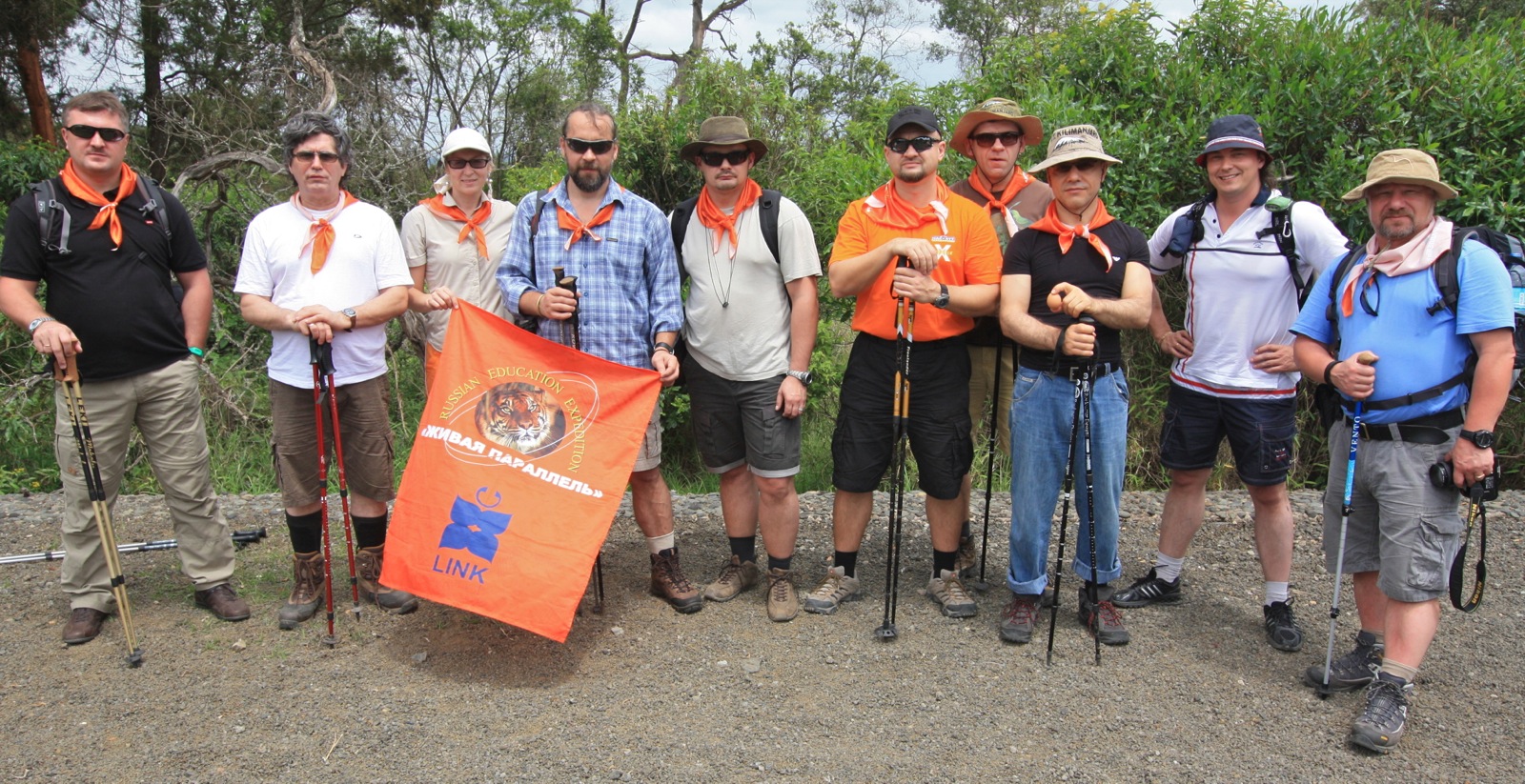 All the events were recorded in our diaries, photo and video material. I was a full-time doctor and a photographer during the expedition. It was my duty to provide sanitary well-being and health safety of all the expedition members. By the way, I took with me a small pharmacy kit, a portable operating theatre with a first-aid station, a pocket-size intensive care tent, a rope ladder and a week stock of wood. You may laugh but if you have some idea of the diseases which the African continent is rich in you may feel uneasy.

Within a month we did a great journey on two jeeps having visited dozens of locations, villages and towns. The main ones are: Dar es Salaam – Bagamoyo – Zanzibar – Tanga – Usambara – Arusha – Ngorongoro – Serengeti – Bacho – Basata – Kigali – Virunga – Kibuye – Nyanza – Huye – Kigali – Meru. We visited the highlands and lowlands, the jungle and the places where rare or no human with fair skin had ever set his foot. Our route included Tanzania, Rwanda and the island of Zanzibar.

I should say that the word “impression” is too poor to describe Africa. Itisjustanotherworld! Anotherplanet! It is quite difficult to draw a parallel between it and our regular life. These are absolutely different living conditions which are more likely to be called “survival conditions”, and these are different relations with regard to the tribal life. There are people who do not know and do not understand the meaning of the words irony, deceit and sarcasm there. They cannot associate these words with anything in their life and they cannot understand these words despite the presence of two professional interpreters with us who could speak fluent Swahili and the language of the Masai tribe. An American or an Englishman will understand these words if they are translated to him because they are part of his everyday life but an African is just unaware of it, especially the one living in the jungle. 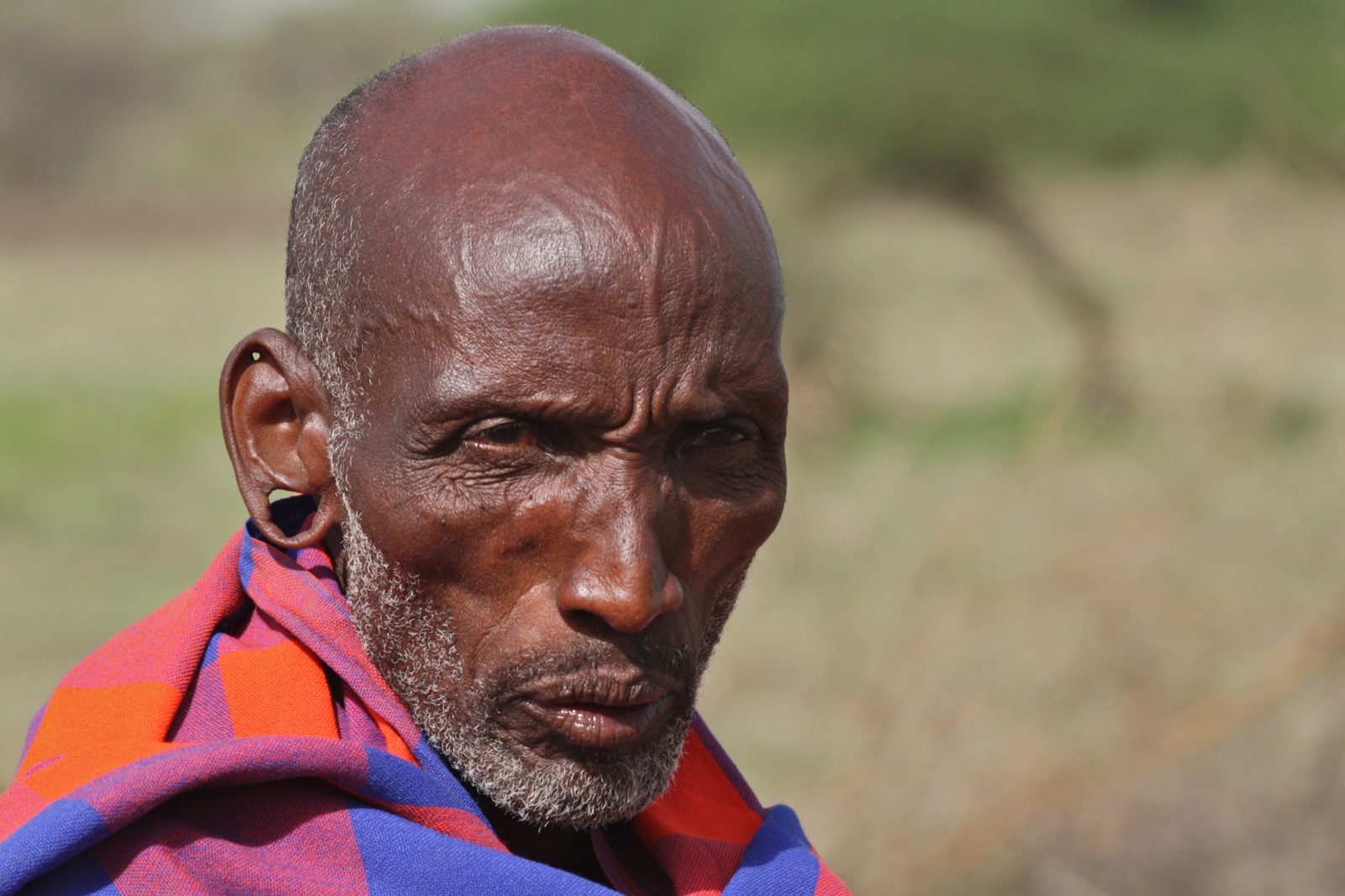 By the way, all the mentioned above can be illustrated with an amazing story. Imagine: a night in savannah, a full moon and three people going. Molel, a man of more than 2 meter height, is the chief of the Masai tribe (actually the Masai people are the tallest on the planet) and two Europeans one of them being an interpreter. They are going to the neighboring tribe for some business matters. They have passed no less than 15 kilometers and it is not a great distance for the Masai people. And all of a sudden everybody shuddered because of an abrupt harsh sound. Itturned out to be a bird.

Butthisisclear! Hardly keeping down the irritation with such an obvious answer there comes another question: “Why is it crying?”

The Chief: “It always cries when there is a… lion nearby.”

Just imagine the faces of the people who got used to the safety and comfort of civilization at that moment! The night, the savannah, the moon… and a lion went hunting.

“What! – the Europeans say in a trembling voice and a bit confused. – But we have no weapon! Whatifalionattacksus? ”

The Chief: “The lion won’t attack us, he will come up to us.”

It is difficult to quarrel with this statement: indeed the lion doesn’t attack at once! But we understand the phrases “the lion will attack or throw at us”, “will come up to us” or “will eat us” as one and the same. And you know, being in the vicinity of constant jeopardy and death makes you attach the precise semantic meaning to every word spoken as we, the Europeans, lack it.

Giving the precise meaning to every word is one of the unique traits of the people inhabiting Africa. In contrast to this we always juggle with the words’ meaning,, we are prone to exaggeration, deceiving by accident when we do not intend to do it, but this happens and what is more awful we are getting used to talking like this.

“Well, ok, - the young men scared to death agree and go on with the dialogue. – It won’t throw at us, it will come up to us. Whathappensnext?”

Hisnextanswerastonishedusevenmore. By the way, the Masai people consider that they take their origin from lions despite our beliefs and paraeneses about the Darwinian theory. Moreover, any African can truly take offence at this! There are two sacred animals for the Masai people – a lion which they take origin from and a cow which gives them food as to the lion.

So, the Chief says: “When the lion come up to us, I will start talking to him.”

“What can you talk about with a hungry lion?”

The Chief: “I will tell him: “You are the lion and I am the lion. You’re going about your business and I’m going about my business. Butourwayshavecrossed.”

It should be noted that every Masai man aged 16 must kill a lion with a spear, only then he becomes a man and can marry a Masai woman.

The Chief goes on: “If we start fighting one of us will die. Do you seek these problems? Go home to your wife and children.”

But there is a question arising: “What if the lion doesn’t listen to you? What if it doesn’t trust this nonsense as it may seem?”

The Chief answered: “Then I’ll take my spear and we will fight!”

Fear, shock and cold sweat… “Ok, – the doomed to death just wouldn’t calm down. – What if the lion wins?”

The Chief: “If the lion wins he will first eat me and then it will be your turn.”

One more question: “Why will it happen exactly this way?”

The Chief pondered for a moment and answered: “The lions kill the strongest first!”

That’s it! He is the Chief to carry out a reasonable estimate of the resource: under the conditions of savannah he arranged everybody in order of importance.

Every day we had some extreme and interesting situations. It is good that this time things have come right. The king of beasts was somewhere around and he must have thought the same way as Molel from the Masai tribe. Perhaps they all think the same way: they are the chiefs to think like this…

Well, we cannot but wish expectations to come true and not incidents to happen!

in search of another self
Что взять с собой в путешествие? 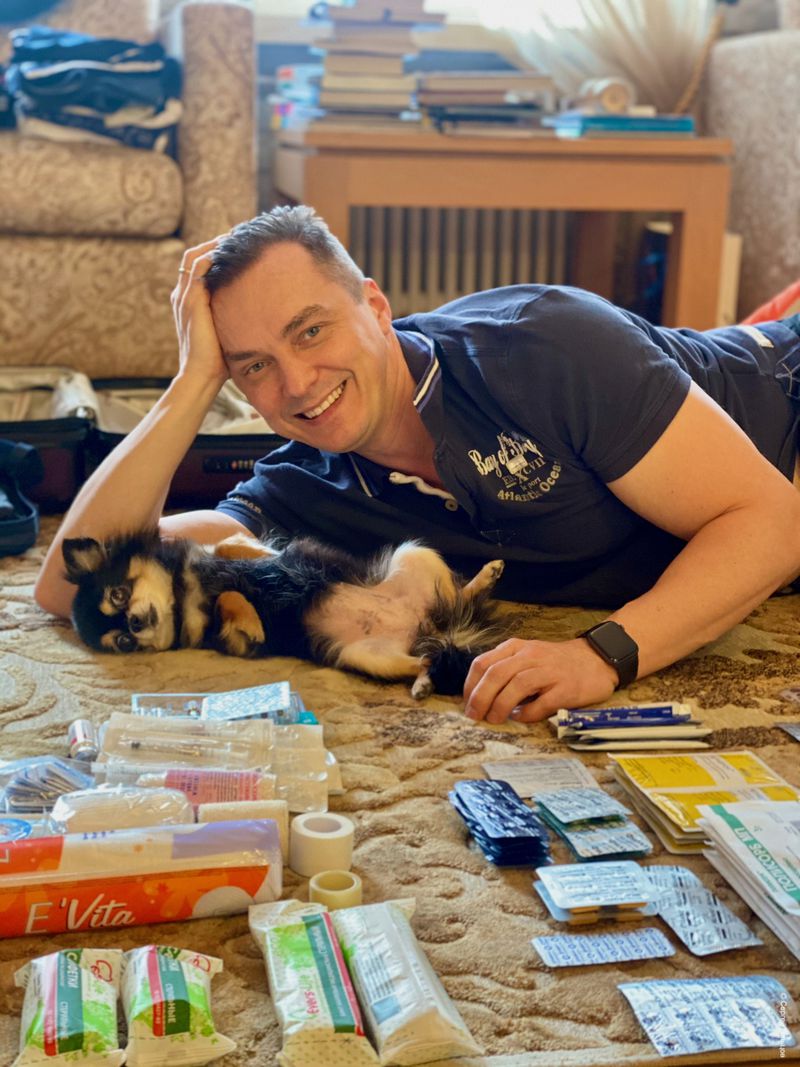 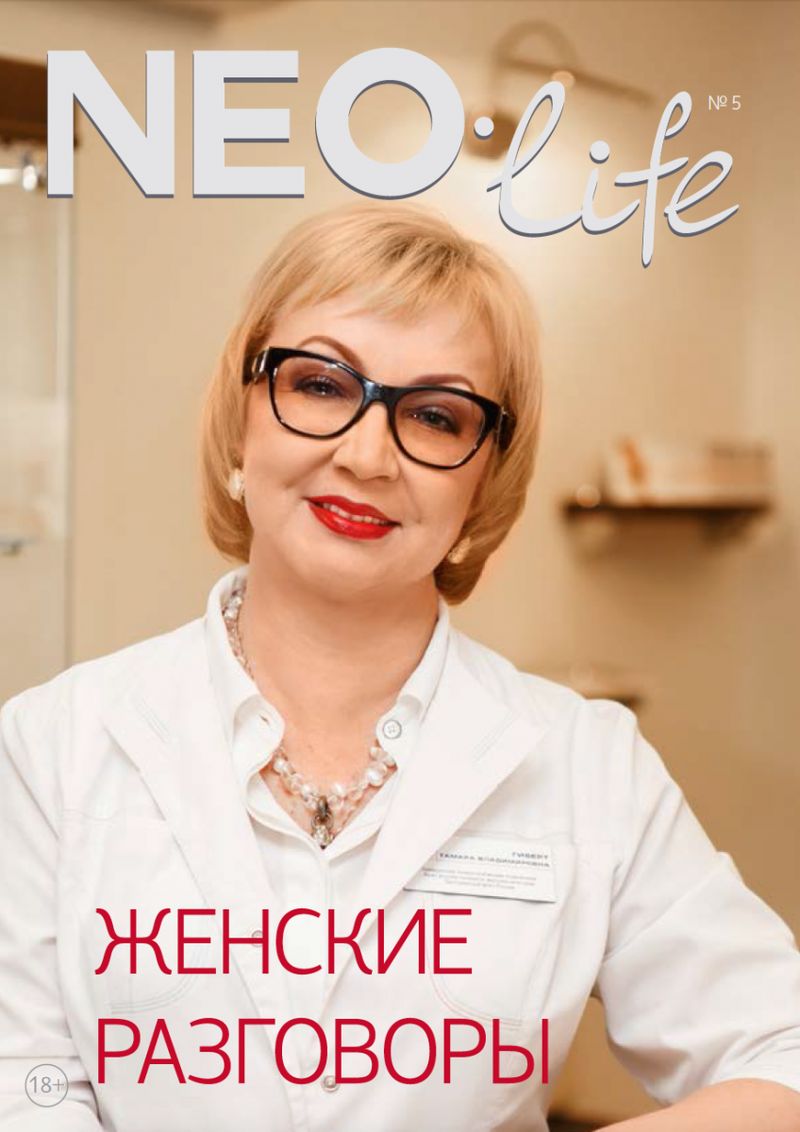 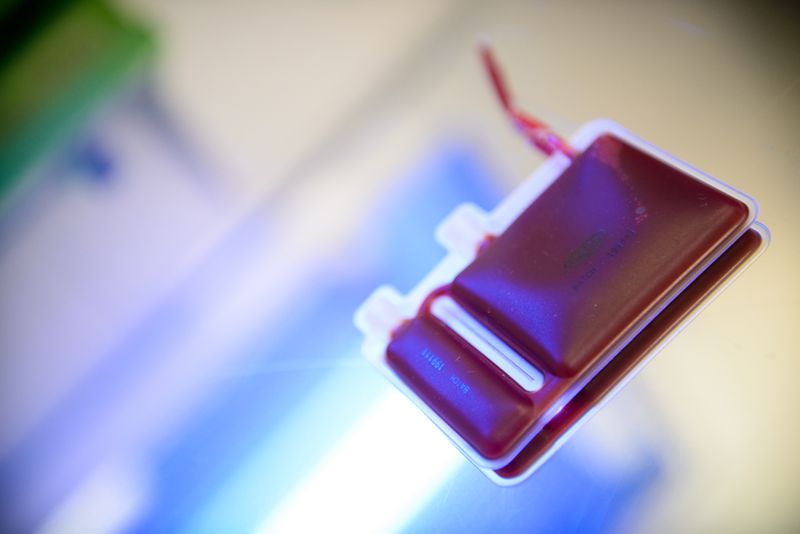 The skin is the largest organ of man. Therefore, it is not surprising that there is a huge number of skin diseases — about 20 thousand. Statistically, the most common group of skin diseases that are the cause for treatment to the doctor are dermatoses and dermatitis — diseases of non-infectious nature, accompanied by itching, peeling and discoloration of the skin. Such diseases are observed in children and adults suffering from allergies and immunodeficiency. More detailed...